Apart from that, Android is always known for its massive app ecosystem. Just take a brief look at the Play Store; you will find apps for every different purpose. The same thing goes for the scrolling screenshot apps as well.

Although smartphone makers like Samsung, LG, Huawei, etc., offer a built-in feature to capture scrolling screenshots, the feature is not available on every Android device.

How to Take Long Scrolling Screenshot on Any Android 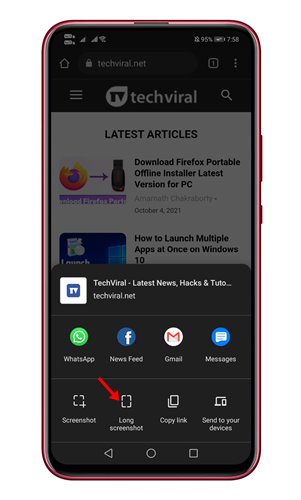 However, the long screenshot is still under testing, and you need to enable the Chrome flag.

We have shared a step-by-step guide on how to capture long screenshots in Chrome for Android. You need to follow that guide to capture the entire webpage in the Chrome browser.

This app is specially made for the only purpose of capturing long scrolling screenshots. The process is simple, open the app and then select the Capture option. Start by selecting the screen and move it slowly as the app stitches the screenshots.

Step 1. First of all, download and install LongShot on your Android device from the Google Play Store. 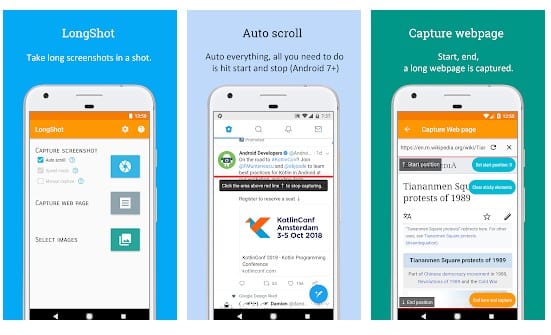 Step 2. Now open the app and grant all the permissions. Now you will see the main page of the app where you need to enable the option ‘Auto capture’ 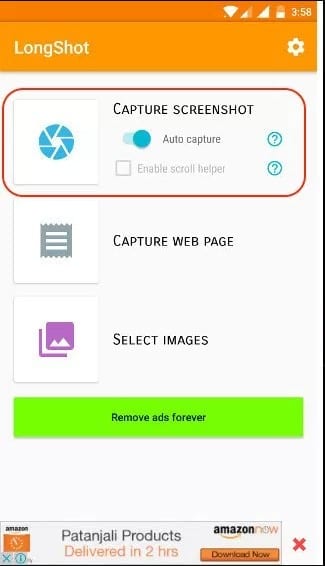 Step 3. Now you will see a Start button on your home screen. Now you need to browse the page where you want to take the screenshot and then tap on the start button. 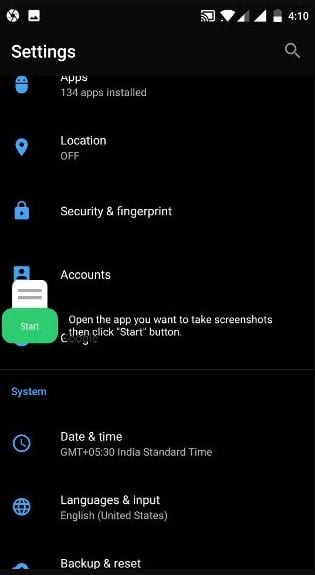 Step 4. After tapping on the Start, you need to scroll the page slowly to the point you want to take a screenshot. Once done, tap on the ‘Done’ button. 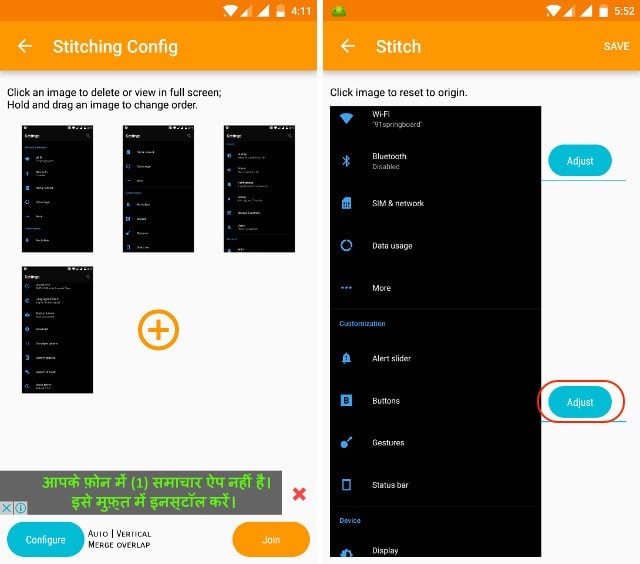 So, this is how you can use LongShot on your Android smartphone to take long scrolling screenshots.

Other Apps to Capture Long Screenshot

Like the above apps, many other apps are available on the Play Store that captures long screenshots. Below, we have listed a few best Android apps to capture a long screenshot. 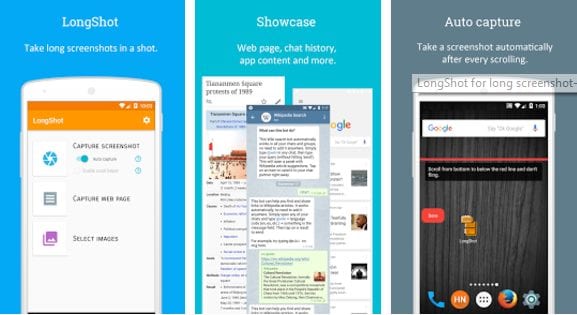 For taking screenshots of the web pages, this app excels. Open your website for which you wish to take a screenshot and then click on the capture icon for this app. You will be able to take the screenshot within a few instants.

Like the above apps, numerous other apps can help you capture scrolling long screenshots on any Android device. 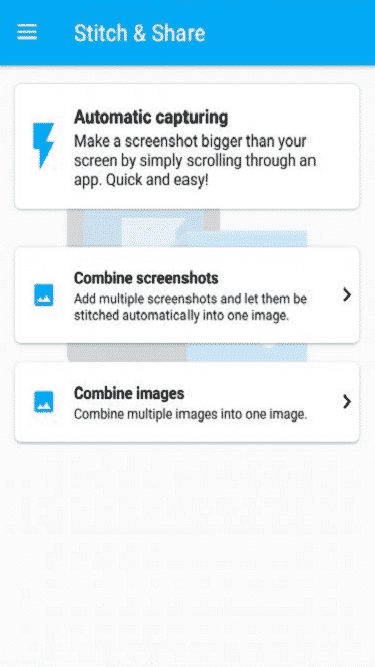 So, you can either capture the entire screen or combine multiple images to make a single screenshot. So, Stitch and Share is another best app that you can use to take long scrolling Screenshots on Android. 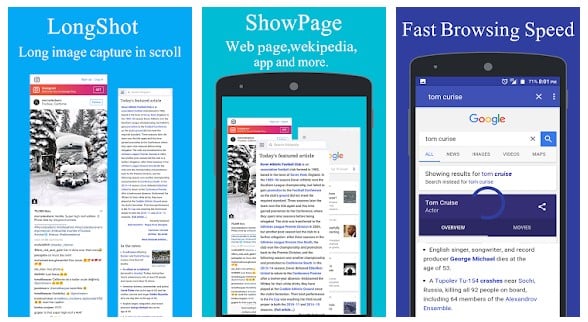 For long scrolling screenshots, users need to select ‘Capture as Image’. The great thing is that it can also capture web pages for offline viewing. Not just that, but you can also turn any webpage into a PDF file with Web Scroll Capture. 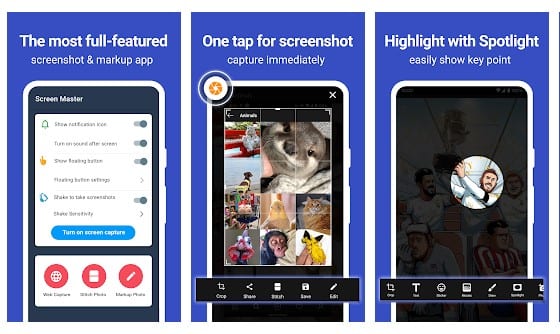 If you are searching for a free and easy-to-use Android app to capture long scrolling screenshots, then you need to give Screen Master a try.

Guess what? It offers a wide range of screenshot features like a floating button to capture screenshots, multiple capture mode, annotation features, etc. The app works on both rooted and non-rooted Android devices.

So, these are some of the best Android apps to take long scrolling screenshots on Android. I hope this article helped you! Please share it with your friends also.

How to Record Screen on Windows 11 Using Xbox Game Bar 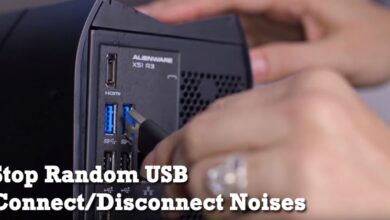 How to Stop Random USB Connect/Disconnect Noises in Windows 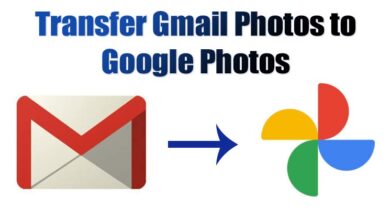 How to Directly Save Photos From Gmail to Google Photos 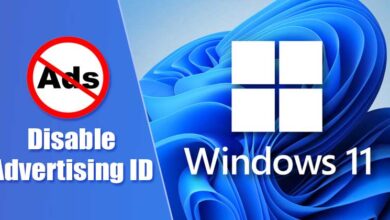 How to Disable Device Advertising ID in Windows 11 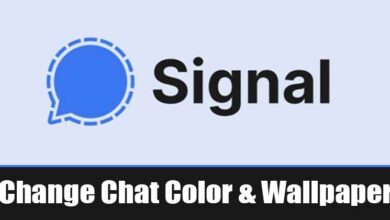 How to Change Chat Color & Wallpaper in Signal Private Messenger 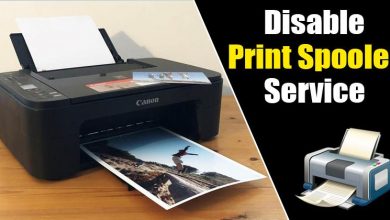 How to Disable Print Spooler Service on Windows 10 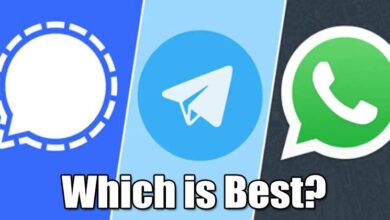