There aren’t many games that can claim to belong to the genre of city building games. Although the background of the town building games is pretty simple where all you have to do is build your city and manage it.

Still, the strategic planning and management of the whole system become quite complicated. In most of the games, you have to create the entire city from scratch and develop it in as if you own the city itself.

You also have to take care of the welfare of the city dwellers along with the social, economic and political aspect of the same. The city building games first saw the light with the advent of SimCity and have gained popularity since. Today there are loads of games of the same genre which also offers the players a choice of selection.

Today we bring to you some of the best city building games that are available online for you to get hooked on to.

We are creating a list of the best city building games and omitting Anno 2205 would be a crime. Although the ultimate goal of the game is to find Helium 3 which is precious and only found in outer space, you will have to colonize earth entirely before that.

Anno 2205 allows you to use all futuristic technologies which will make you legible for capturing land and converting all that is on it with futuristic cities that are equipped with modern technology. Only after you have finished rebuilding the earth completely, can you travel to outer space and look for Helium 3. You will also have to move to and colonize the moon to create mining facilities for Helium 3. Micromanagement is the key to Banished where you get to take a group of wanderers and develop a settlement along with them. Banished is a village building game. You have to build the whole thing basically from dust hence you also have to do resource management in the process as you have to keep your population alive in the process.

Banished presents to you some of the unique challenges that no other city building games have to offer. You have to make your people survive through various harsh conditions like bad harvest days and cold winter seasons. You will also have to fix the budget. 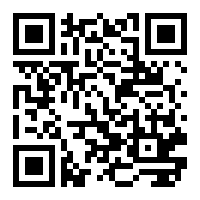 If you want complete freedom of even modulating the game you are playing, then try out Cities: Skylines. Cities: Skylines allows you to play the role of a realistic city builder. You will have to face all the hardships that are faced by a real architect on the verge of making a city. Here You get to build modern structures and mass transit systems for the dwellers.

You get to play in both day and night ambiances and also get to play in a 3D dimensional structure. In Cities: Skylines you can also change the level of hardship. 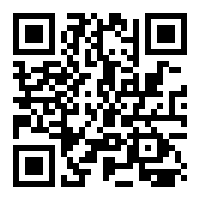 City building games have been a fantasy for most and the larger it is, the better fun you get out of playing it. Hence, Cities XXL brings to you a game which combines your building and management skills to make and manage your city as you want it to. You have to collect your resources from various towns and allocate the resources to the places which need them.

Here You can also trade the various resources with other cities to generate revenue for your city’s development. You can choose from different styles of buildings which you can make, and you will get addicted to Cities XXL. Simulations are the favorite part of all players who love city building games. SimCity is one of those games which provide you with ultimate simulations. You get the liberty to build as many as sixteen cities right from scratch. SimCity being an online multiplayer game allows you to go up against your friends and also other online players who are willing to challenge you or accept your challenge.

SimCity allows you to take care of the various Sims dwellers. 3D visuals, plenty of room for gameplay, beautiful visuals and all this along with revamped technology makes SimCity one of the most addictive city building games that exist.

Kalypso Media brings forth Tropico 5 which is a cool city building game that allows you to convert tropical islands into beautiful cities and hence the name. In Tropico 5 you have to turn Caribbean islands into the cities of your choice. If you have a knack for strategy and planning, then Tropico 5 is the perfect choice for you.

It will provide you with plenty of options to select from, and you will get to start in the colonial era of politics and dwelling and slowly move into the present era, forming the changes as you pass through the time and the moment. 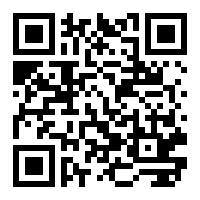 Do you nurture a civil engineer in you? Bored of regular city games that all the others offer? Would you like to play something which will offer you core civil engineer roles to play in a virtual world? This allows you to build various roads, free expressways, train tracks and much more. You will also get to maintain the optimal usage of the roads and trains that you have built.

Cities in Motion 2 is one of the most technical games that you will lay your hand on. When you play this game, then you will get engrossed in the whole system of the match. 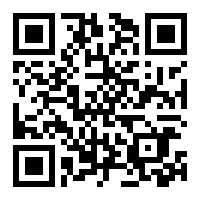 When you want the best of both worlds, you play Forge of Empires. This was a chart topper when it came out and still continues to be one of the best games that are available in its genre. Forge of Empires brings together the best of Sim City and Clash of Clans to provide you with an experience in city building games like never before.

You can create research facilities and collect money from people as well as from production houses and builders. Apart from just building cities, Forge of Empires also allows you to build your very own army so that you can fight against your friends and capture their cities.

9. The Settlers 7: Paths to Kingdom

The Settlers 7: Paths to a Kingdom is a multiplayer game with a fantastic frame rate which provides excellent visuals, and you can modify the game as per your wish. Aven Colony is a relatively new PC title from Mothership Entertainment released in July 2017 with the concept of pinning players in making a futuristic city. Later you need to maintain your city and modify them with some advanced features.

Moreover, the whole games is based on collonising humans on an alien planet. With that, you will have to deal with its multiple hazards like freezing temperatures, alien plagues and keeping your residents entertained and happy. The whole game revolves around it and has great graphics to get you going. Being the mayor of a city seems kind of cool and when you get to build your city too, it just adds to the fun. Urban Empire allows you to be the mayor of your empire which you will have to plan and build.

Urban Empire takes the level of city building to a higher level where you have to also take care of the social, political and economic perspective of your city and also look into the welfare of the dwellers by building schools, colleges and other institutes which help in the development of your city. You have to everything that a real mayor would do in Urban Empire. Anno 2070 is a lot like gaming series, Dawn of Discovery but it is set to deal in future. Its gameplay includes the emerging of sea level rise due to melting polar ice caps. It indirectly explains the current scenario of our planet earth with everyday growing human population and is going beyond control. Furthermore, your job is to manage to build an island considering its three factions- industrialists, environmentalists, and technologists as you are a manager.

Apart from its single player gaming campaign and freeplay modes, its online component adds challenges for players every week and you have to gain bonuses for your city via a live voting system. Anno 2070 is great alternative to Simcity developed by Ubisoft for PC. 13. Another Brick in the Mall

Just building a city is not sufficient in Another Brick in the Mall. In Another Brick, in the Mall, you also take care of various trading elements that are available in the city. You get to select your staff for taking care of the all the business that is going on the in the various business centers created by you.

The ultimate goal in Another Brick in the Mall is to create a business empire. You will also have to manage all your staff that is working on the business empire that you have built with so much hardship and care. These are some of the most addicted city building games that will get you addicted to a drug, and you won’t be able to lay your hands on them. You must have your hands on these games. Also, don’t forget to tell us your favorite city building game in the comment section below and do share it with your friends who are addicted to PC games and we are sure, he/she won’t stop thanking you.

What Is Fire Kirin Real Money Making App? | How To Know Fire kirin Download For Android