Windows XP is right now running on almost 30% of desktop computers. The operating system is great and fast, but its a bit outdated. Lots of users still use Windows XP because their PC can’t run Windows 10. To check out if your PC can run Windows 10 or not, check out our article – How to Make Sure Your Computer Can Run Windows 10

So, if you are using Windows XP on your old computer due to hardware limitations, then you need to give Linux distributions a try. Compared to Windows, Linux distro are fast and you don’t need to worry about untimely updates.

There are plenty of Linux distributions available on the internet that can be used on the old computer. These Linux distros require less space and RAM to run on a PC. So, in this article, we are going to share a list of the smallest Linux distros that you can use on an old PC.

It is one of the best and good looking Linux distro that you can use on your old or low-end computer. The best thing about ArchBang is that it’s based on Arch Linux and the features are easy to access. The great thing is that it requires just 700 MB of storage to install on your computer. Not just that, but ArchBang works fine even on 256MB of RAM.

This one doesn’t focus much on the look because it has a graphical user interface that looks much similar to MS-DOS. The best thing is that Damn Small Linux requires just 50 MB of free storage to install on your computer. Not just that, but the Linux distro can also run on 128MB of RAM. You can use a USB flash drive to create a Bootable drive.

Well, Puppy Linux is incredibly fast and secure. The best thing about Puppy Linux is that it requires less than 150MB of storage to install on your computer. Apart from that, Puppy Linux runs fine even on 128MB of RAM. However, the recommended RAM to run Puppy Linux smoothly is 256MB.

The best thing about Elive is that it offers lots of pre-installed apps for your needs including games. It’s one of the best lightweight Linux distro available on the web which needs less than 700 MB of disk space to install. Apart from that, Elive runs perfectly fine even on 128MB of RAM.

This one shares lots of similarities with Ubuntu and its one of the best lightweight Linux distribution that you will love for sure. The great thing about Lubuntu 11.10 is that it needs less than 1GB to install on your computer and it runs fine even on 256MB of RAM. The operating system shares a clean look, and it offers lots of pre-installed apps like LibreOffice, Gimp, etc.

Well, Tiny Core Linux is that it needs just 16MB of storage space. What’s more interesting is that Tiny Core Linux can run on as low as 46MB of RAM. However, the Linux distribution lacks wireless support, and users need to rely upon an Ethernet cable to get online.

This is another best and lightweight Linux distro that you can use on your computer. The best thing about Porteus is that it’s optimized to run on USB Flash Drive. Not just that, but Porteus can also run on an SD card, CD, DVD, hard drive, etc. The Linux distribution needs less than 512MB of disk space and 256 MB of RAM to run.

This one is fast, stable and easy to use. Guess what? SliTaz needs less than 80MB of disk space and 256MB of RAM to run on a system. The great thing about SliTaz is that it runs on your system memory. That means, once booted, you can remove the USB flash drive for other tasks.

Well, Xubuntu uses the Xfce desktop environment to provide users a smoother experience. The great thing about Xubuntu is that it needs less than 256MB of RAM and 512MB of storage space to install on your system. The Linux distribution also offers a slew of features and applications that runs without affecting your device’s performance.

The good thing about Trisquel Mini is that it uses LXDE as the default desktop environment to keep things light and fast. Apart from that, Trisquel Mini also offers a few useful tools like AbiWord, MPlayer, Midori browser, etc.

So, these are the 10 Best smallest Linux Distro which you can use on your old computer. If you know any other lightweight Linux distro, then let us know in the comment box below. I hope this article helped you! Please share it with your friends also.

How to Get iOS 14 Type App Library on Android 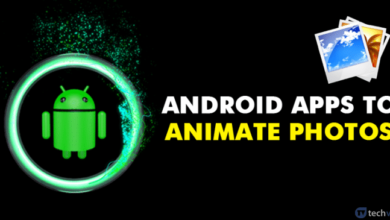 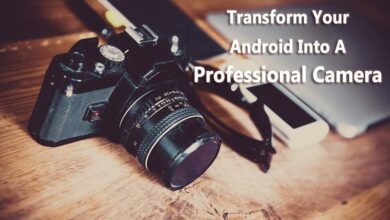 10 Apps That Will Transform your Android Into A Professional Camera